How To Avoid Capsular Contracture

How To Minimize Risk Of Capsular Contracture After Breast Augmentation? 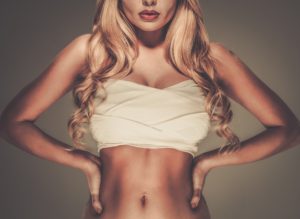 Breast augmentation is one of the most popular cosmetic procedures performed in the United States. In my experience over the past seventeen years, the three most common causes for breast revision are; implant deflation (more evident with saline implants), capsular contracture, and desired change in size.

Although the exact cause of capsular contracture is not known, most recent data show that bacterial colonization of the implant surface increases risk of capsular contracture, and this is a dose related phenomenon (in other words, a certain concentration of bacteria is required to elicit the body to react to the implant surface and thicken the capsule around the implant). Once a colony of bacteria forms, the colony produces a biofilm, essentially a biological barrier on top of the colony, thus protecting the colony from antibiotics and the body’s immune system. The body’s chronic inflammatory response to the biofilm, eventually leads to thickening of the capsule around the implant, resulting in deformation and sometimes pain in the affected breast.

Although we cannot prevent capsular contracture, the plastic surgeon can take steps to minimize chance of bacterial contamination.

Below is a patient before and after photo of capsular contracture after breast augmentation.

Patient before and after photo of capsular contracture after breast augmentation.

I use nipple shields during surgery and avoid placing the implant through a periareolar approach. The nipple and areola contain bacteria, and studies show the risk of contamination is significantly increased using this approach. Most plastic surgeons prefer using an inframammary fold incision to minimize risk of implant contamination.

Once the pocket for the implant has been made, I irrigate the pocket with either triple antibiotic solution or dilute betadine. The risk of capsular contracture has been statistically reduced when the pocket has been irrigated with anti-bacterial solution.

I change my gloves prior to handling the implant. Once the pocket for the implant has been created, using new sterile gloves minimizes the chance of implant contamination.

Hopefully, one day capsular contracture can be prevented. For now, I use scientific evidence to minimize this risk.

Michael A. Jazayeri, M.D is a board certified plastic surgeon with over 17 years of experience. His office is located in Orange County, California. To schedule a complimentary consultation, please call 714-834-0101.