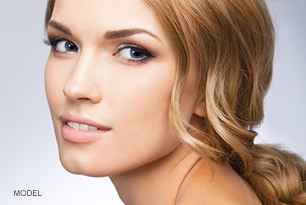 Rhinoplasty (nose surgery) is a procedure for improving the shape and the functional aspect of the nose. The shape of the nose is primarily dependent on genetics and racial background. Most patients seeking a rhinoplasty in Orange County are looking for a nasal shape which is proportional to their face. It is important, however, for the patient to have realistic expectations and realize the final shape of the nose is limited by anatomy and skin thickness.

It is important to realize when the outside (visible) portion of the nose is altered, it is important to address the inside of the nose as well. Typically, patients have slightly deviated septum (the supporting cartilage in the middle of the nose) and may have enlarged turbinates. The turbinates resemble worms which outline the inside of the nose, across from the septum. They are lined with nasal mucosa and help humidify the air we breathe. Typically these turbinates may become enlarged due to allergies or a significantly deviated septum. If the nasal shape is refined without addressing the septum and turbinates, the patient may end up with significant breathing problems.

Dr. Jazayeri uses the open technique in the majority of his rhinoplasty (nasal) surgeries performed at his Santa Ana and Newport Beach plastic surgery offices. This technique allows for excellent visualization of the entire nasal framework, thus minimizing the chance of asymmetry.

Rhinoplasty (nose surgery) can significantly improve the appearance and utility of the nose. For those who choose to undergo a rhinoplasty in Orange County for cosmetic reasons, rhinoplasty can correct a variety of unwanted features, which may include:

As a cosmetic and reconstructive surgeon, Dr. Jazayeri has a great deal of experience in correcting specific problems while enhancing the quality and appearance of the patient’s face.

The beautiful results of our past patients can be seen in before and after rhinoplasty photos.

Closed method: The traditional method involves making all the incisions inside the nose and the nostrils (the holes of the nose). The advantage of the closed technique is less dissection and swelling with the a potentially faster recovery. However, the view of the entire nose is limited and the chance of asymmetry is higher.

Open method: The same incisions are used with the addition of an extra incision at the columella (the bridge of skin which connects the middle of the nose to the face). This allows the skin to be separated form the entire nasal frame work, allowing full view of the nose. Currently, this is the most common approach used for noses which require “the works”. The advantage of this technique is better chance of symmetry and allows certain procedures to be performed which are not possible with the closed approach. The disadvantage is the increased chance of swelling, which may take longer to subside. The columella scar is also a concern. However, if the procedure is performed by a well-trained board certified plastic surgeon, the risk of unsightly scarring is rare to non-existent, assuming a normal post-operative healing process.

After a full rhinoplasty in Orange County, the patient will have a splint on the nose and packing inside. Typically, the splint and the packing are removed 7-8 days after surgery. The patient should refrain from wearing glasses or engage in any moderate to heavy physical activity for 4 weeks. Although the improvement in the nasal shape is immediately apparent, it will take at least 6 months for the final result.