THE FUTURE OF HEALTH CARE IN AMERICA

Where will US healthcare be in 20 years? 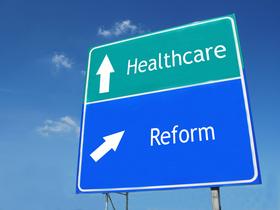 I know, the title sounds very serious and imposing, but in reality, it is one person’s opinion…mine.  However, I would like you to file this blog somewhere and re-read it in 20-30 years and see if I am right!  Now that the election is over, here are my thoughts on the future of healthcare in the United States. I hope being a practicing physician for the past thirteen years has given me good insight.

The basic problem is the cost of healthcare is rising at an alarming rate and our healthcare expenses compromises the greatest percentage of GNP than any other developed country.  Why this is the case is a complicated issue, but some of the obvious reasons are we as a nation expect to have the latest and greatest technology available and we want it now, not later.  Technology, especially new technology, costs money.  Furthermore, we have an easy gateway to lawsuits, and an inefficient legal system, which costs time and money.  Tort reform has helped reduce malpractice insurance costs, but more needs to be done.

The government, and I don’t think it matters which party has won, wants to bring the cost of healthcare down.  The easiest way to do this is to reduce payments to physicians (we are always an easy target).  Over the past 10 years, the income of physicians has either stabilized or has slightly dropped.  Factor in the inflation rate, and the purchasing power of physicians has decreased with time.

On the other hand, the cost of education has skyrocketed over the past 20 years and has risen much higher than inflation. The government is just beginning to look into why this is happening, but it will take years before a drastic change may occur.  Becoming a plastic surgeon requires four years of college, four years of medical school, and six to eight years of residency.  One can see how expensive the cost of such an education can become.  If the government continues to reduce payments to physicians, the percentage of a physician’s income paying off educational loans may become too prohibitive to make medicine an attractive field.  The consequence, and maybe the government does want this, is to “outsource” medicine by accepting foreign medical graduates into our residency programs.  The government can pay them less than an American trained physician, and they will be satisfied.  Interestingly, in the sixties and seventies, the government was concerned not enough Americans were entering medical school, so they made it financially lucrative to enter the field!  Will the pendulum swing again?

The government cites the Kaiser Permanente model as the future of all medicine.  Granted, the Kaiser system has some great futures: as a patient, your medical records are always available to all the physicians in the system, thus minimizing (NOT eliminating-I have heard stories of actual patients with grave errors in their medication) the risk of errors.  The Kaiser model also emphasizes preventative medicine, since it is more cost effective than treating a disease.  This is great for the patient, if the patient is willing to follow the recommendations.  But be warned, the system has its faults.  My father, who was 90 years old at the time, had several months of severe pain in his right thigh and leg, to the point he would crawl on the floor.  We had taken him several times to a local Kaiser ER.  I even introduced myself as a physician, hoping they would pay more attention!  He was told to have fasciitis (inflammation of the covering around the thigh muscle) of the thigh and was given pain medications and sent home.  An MRI was never ordered to rule out spinal stenosis.  After several ER visits and complaints, Kaiser’s solution was to refer my father to a nursing home like facility, so he could be given palliative care (in other words, he would be given opiates daily so the pain would not bother him).  Eventually, he ended up at the emergency room of a hospital where my cousin is an orthopedic surgeon.  An MRI showed significant spinal stenosis, causing impingement on a major nerve going to the thigh.  He had emergency surgery the next morning, and he is doing well.  So one can see how the Kaiser model can rapidly change from preventive care to avoidance care.  On paper, this makes sense, why should Kaiser (or the government if healthcare becomes nationalized) cough up a lot of money for a non life-threatening condition for a ninety year old? Well, this ninety year old man drives twice weekly to Los Angeles to socialize with his friends.  He is a fully functional member of the society, both physically and mentally.  We could have fought the Kaiser system, but by the time any approval was given (if at all), permanent nerve damage may have occurred, causing my father to have complete paralysis of his right leg.  This would have significantly affected his quality of life, both physically and mentally.

So be warned, nationalized healthcare may come, but it will come at a cost.  No longer should you expect to have your MRI or surgery “soon”, and God forbid your medical condition should lie outside the big ones (breast cancer, diabetes, hypertension, etc.) as my father’s did.  Good luck trying to get proper care.

Several years ago, I was in New York for a friend’s wedding.  We decided to visit the Empire State Building.  As I was standing in the long line, I noticed a sign saying for an additional cost one can go to the VIP line, where the wait is much shorter!  Yes, nationalized healthcare will provide you preventative care, and it will help you if you have a common disease, but if you want to get to the VIP line of medical care, be prepared to pay up!